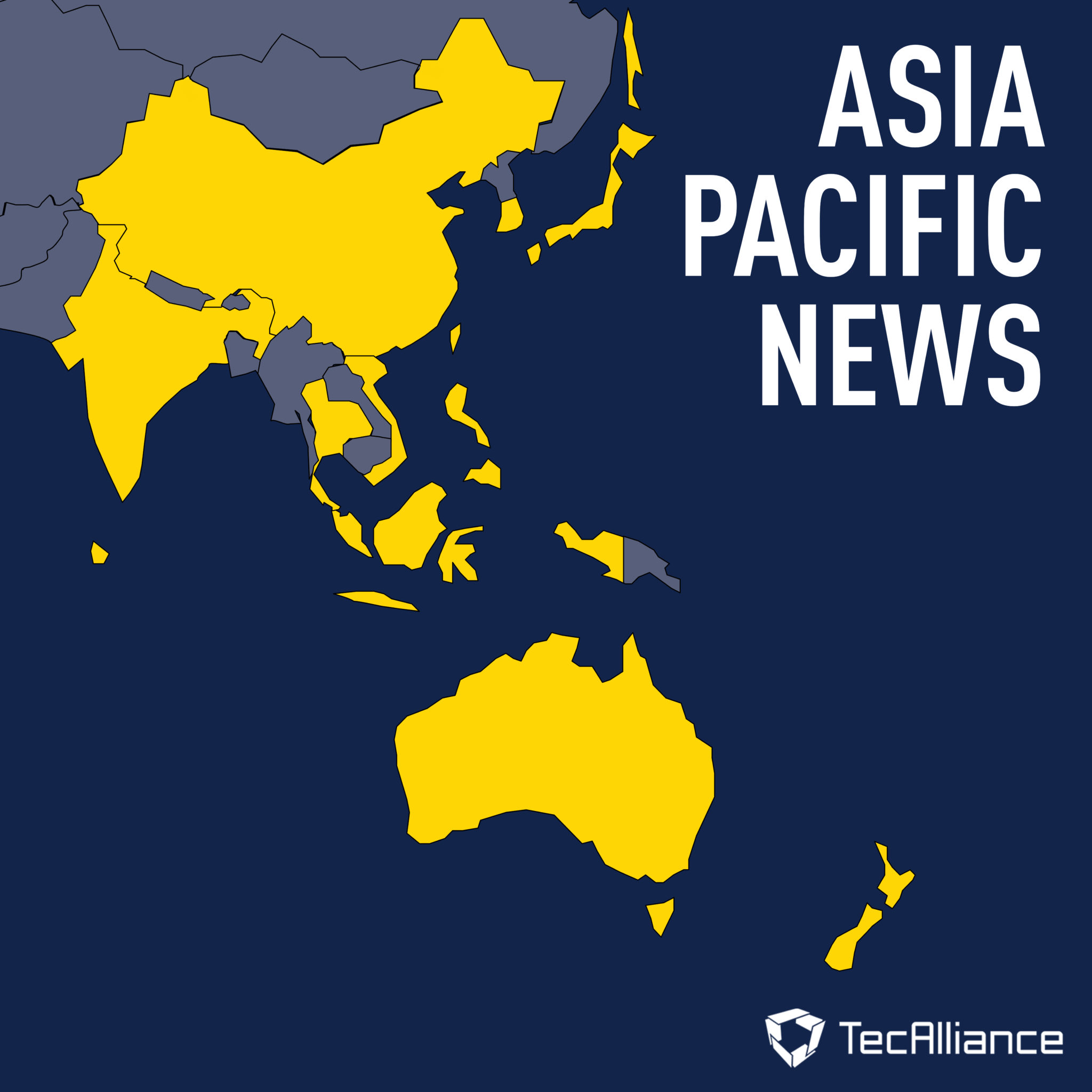 With the teams of TecAlliance China in Shanghai, TecAlliance Korea in Yongin, TecAlliance Malaysia and TA AUTOTEC INFORMATION SYSTEMS INDIA in Chennai, TecAlliance is striving for optimum support and development of the Asian Pacific markets.

TecAlliance CEO Jürgen Buchert also emphasises the significance of the international presence: “Our goal is to support our customers in all important regions with experienced local teams. We want to connect them even better and use our established standards and solutions to further intensify international digital cooperation and cooperation among companies. This way we can help our customers to strengthen the competitiveness of the international IAM on a long-term basis.”

We‘ve put together some interesting news from the automotive industry of the last weeks for you!

Toyota Australia has secured an additional 8000 RAV4 hybrid units that will be shipped from the factory in Japan to arrive in Australia from July 2020, on top of the current supply chain schedule. The aim is to reduce customer order waiting times. Demand for hybrids, particularly RAV4, has skyrocketed over the past year due to their combination of performance and economy, but that has unfortunately meant some customers have faced extended delays in receiving their vehicles. Read more

According to the statistical analysis of the China Association of Automobile Manufacturers automobile production and sales were 2.102 million units and 2.07 million units in April, an increase of 46.6% and 43.5% from the previous month, and an increase of 2.3% from 4.4%. The monthly growth rate is the first increase this year, with the sales volume ending 21 consecutive months of decline. Chen Shihua, deputy secretary general of the China Automobile Association, said that the reason for this situation is mainly caused by a significant increase in domestic commercial vehicle sales. Due to early implementation of the National Six Standard in some regions in 2019, the sales base for the same period last year was relatively small. Finally, the current domestic epidemic prevention and control situation has greatly improved which is also conducive to the growth of car sales.
In April the production and sales of passenger cars were 1.587 million and 1.536 million, respectively up 49.7% and 45.6% quarter-on-quarter, down 4.6% and 2.6% year-on-year and the decline was 45.3 and 45.8 percentage points lower than in March.
According to the development trend in the industry, the situation of domestic epidemic prevention and control is improving. The spread of the epidemic situation overseas has not been effectively managed in some areas and there is still a high level of uncertainty.

The lockdown imposed by the COVID 19 pandemic forced Hyundai to stop production and retail activities. As a result, the company’s domestic sales were zero units last month. Hyundai’s exports fell by 92 per cent, as compared to the, 16,800 vehicles exported during the same month in 2019. Read more

With the pandemic spreading around the world, tight lock downs in key markets combined with consumer panic and economic uncertainty all contributed to the large drop in sales last month.

“This down ward trend is not only due to restrictions on free movement. The industry is largely affected by uncertainty for the future and this problem began to emerge even before the pandemic occurred,” said Felipe Munoz Global Analyst at JATO. In Indonesia car sales in the first quarter of 2020 were reported to have fallen In total for the first three months of 2020 retail car sales

The Association of Vehicle Importers and Distributors, Inc. (AVID) –with 20 member companies representing 26 global brands was able to sell a total of 14,404 units for the first quarter of 2020. This represents a drop of 34.4% in units sold compared to the first quarter of 2019. The drop in sales can be attributed to the ongoing enhanced community quarantine (ECQ) and the COVID-19 pandemic. When the EQC was put into place it caused many dealerships nationwide to temporarily shut down. While the quarantine was done in the interest of public health and safety it did play a part in the lowering vehicle sales numbers for the first quarter of 2020. Read more

Several workshops have been given up to 48 hours to close, including those which had previously received permission to remain open. In response to queries by The Straits Times, the Ministry of Trade and Industry (MTI) pointed to new rules which rescind permission given earlier to workshops to continue doing emergency repairs and servicing vehicles used for essential services. The MTI said the move was based on a decision to reduce the movement of people further to prevent the spread of COVID-19. Read more

Nissan has temporarily reduced production output in Thailand as a result of the coronavirus outbreak that has affected the entire world and most businesses. With declining demand for new cars, Nissan suspended it’s production at Plant 2 in Samut Prakan till May 3. Production in plant 1 continued but was adjusted to the current demand. Adjustments will also be made at associated operations, including engine assembly and stamping, Nissan said in a release, reported by the Bangkok Post. Read more

Members of Vietnam Automobile Manufacturers’ Association (VAMA) suffered a dramatic drop in sales of the first quarter of this year. The firms sold just more than 50,000 cars in the period, marking a year-on-year decrease of 33 per cent. According to VAMA, sales of passenger cars and commercial vehicles fell by 35 per cent and 26 per cent respectively compared with the same period last year. Of which, the volume of locally-assembled cars decreased by 28 per cent in the first quarter while imported cars dropped by 39 per cent year-on-year. VAMA statistics also showed that automotive brands are facing very poor business conditions amid the COVID-19 pandemic. In addition, many automakers including Toyota Motor Vietnam (TMV), Ford, Honda, Nissan and TC Motor have suspended production and closed showrooms. Read more

Despite the proper control of the epidemic in Taiwan, Taiwan, which is part of the international economy, is still hard to stay out of the situation, and how many industries are affected, whether it is a domestic car factory that relies on parts imports or an import car factory that imports vehicles. Now, let ’s look at the new car sales data in April 2020. There are a total of 30 days in the whole month, including 10 holidays including Qingming holiday, and 20 days of license work days . Finally, 30,822 license data are paid. Compared with the sharp decline of 17.3% in March 2020, if compared with the same period in April 2019, a decline of 11.1% and more than 10% will also appear, the overall performance is a recession pattern. Read more

More about this topic