Digitisation is a major issue – also for local authorities and city administrations. There is potential for optimisation in a wide range of areas, for example the management of traffic signs and street furniture. Our subsidiary oneIDentity+ has developed a system called “KIV-digital” (Kommunale Inventar Verwaltung, in English: municipal inventory management) for digital management of traffic signs and other inventory in municipal possession. At the end of June 2020 a pilot project with the city of Bedburg (Germany) was launched.

With the KIV App, communities can easily and quickly capture their existing traffic signs using a mobile device and thus create a digital inventory. The traffic signs can then be checked directly on site with the KIV App, e.g. during a traffic safety inspection, and the related processes can be documented.

KIV-digital uses unique codes for the inventory, which are based on the global and widespread identification standards of GS1 Germany. The traffic sign data is stored in a central database with dedicated access rights.

Bedburg on its way to become a “smart city”

A pilot project started in the city of Bedburg at the end of June 2020 that will run for about three months. At the start of the project, together with Mayor Sascha Solbach, the first traffic signs were marked with a unique code and registered by mobile app.

“This pilot project is very exciting for the city of Bedburg, as it will enable us to digitally manage traffic signs and, if necessary, other furniture such as benches or playground equipment,” said Sascha Solbach after the appointment, enthusiastic about the opportunities the new system offers.

Torsten Stamm, a specialised service provider for urban planning, building regulations and business development, adds: “The aim is to have a detailed and constant overview of the objects in public spaces that need to be maintained by the city. This opens up many opportunities for the city’s employees, but also in particular for the citizens, and is a (still) small example that shows the way of the city of Bedburg into the digital future.”

The KIV App is available for Android and iOS-based mobile devices and is now being tested and further developed together with employees of the city of Bedburg.

Other municipalities can also participate in a pilot project. In a joint workshop, the existing solution KIV-digital for inventory, control and digital administration will be presented first. The team of oneIDentity+ will then spend a day together with community employees marking the traffic signs in the community with unique labels and record them with the KIV App. Additional use cases such as scenarios for citizen participation and potentials for the further digitisation of the municipality will also be presented. 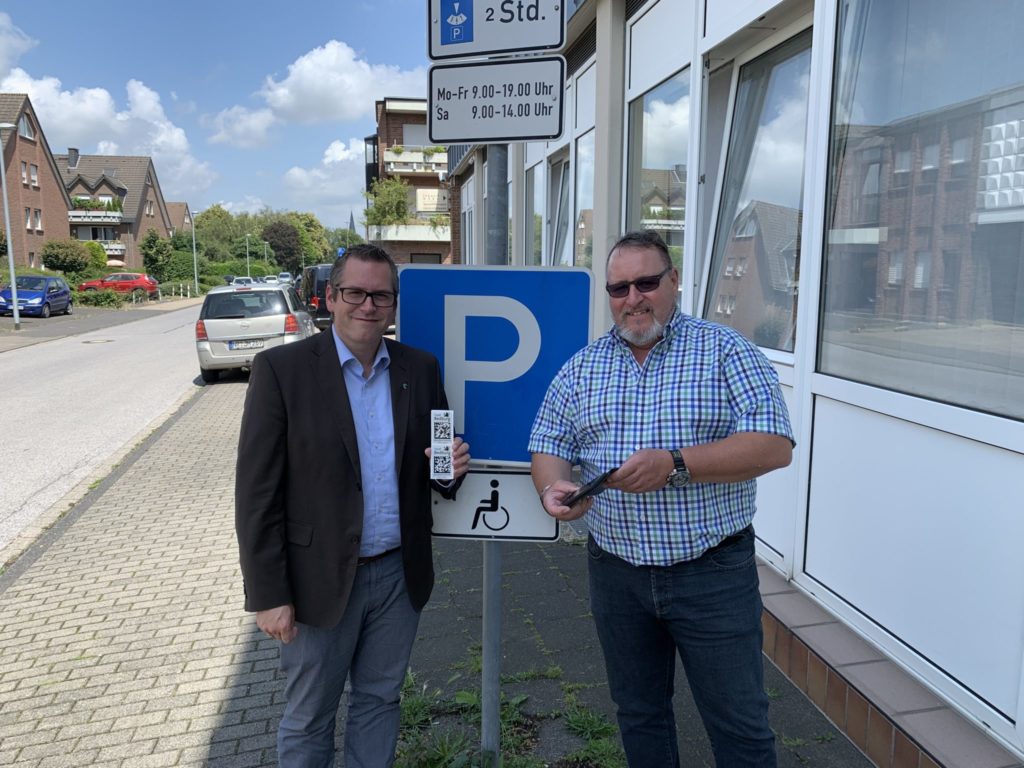 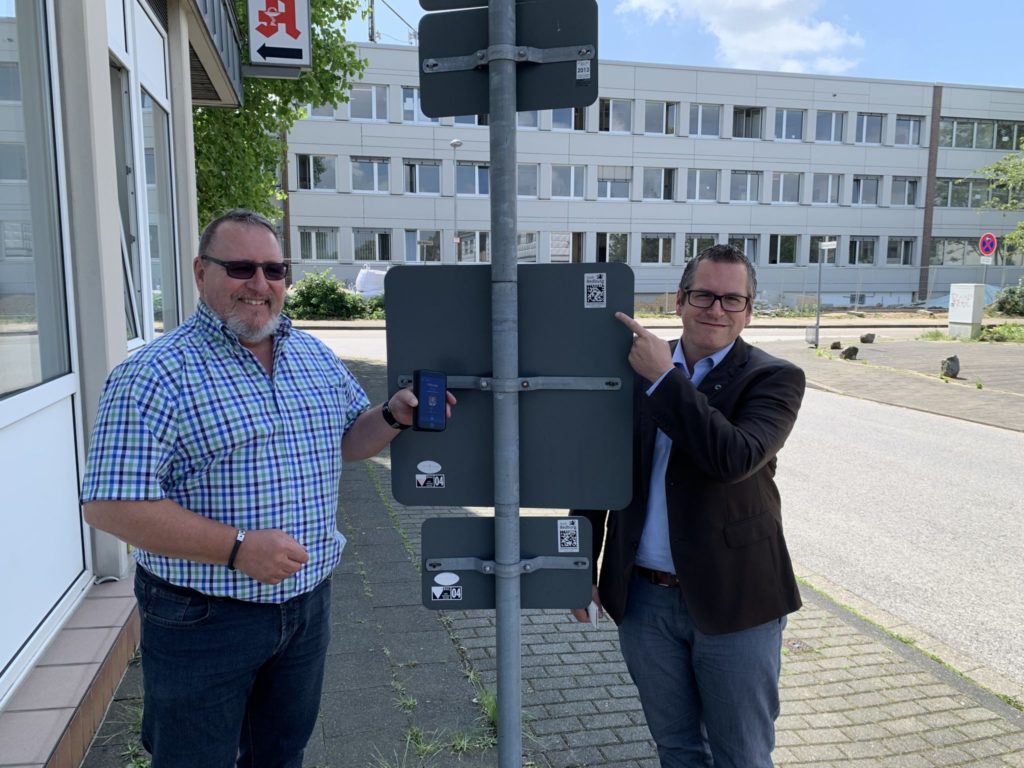 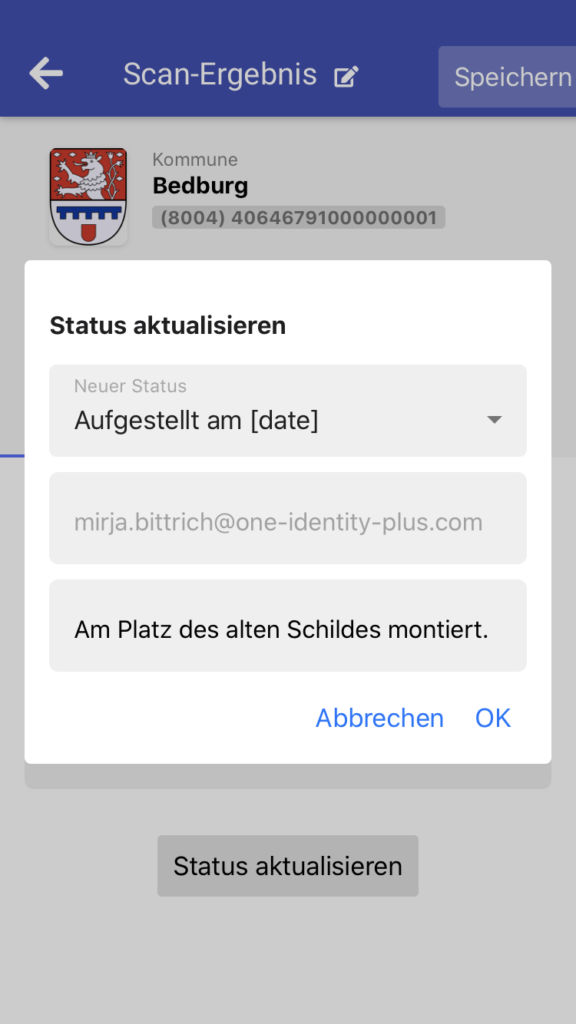 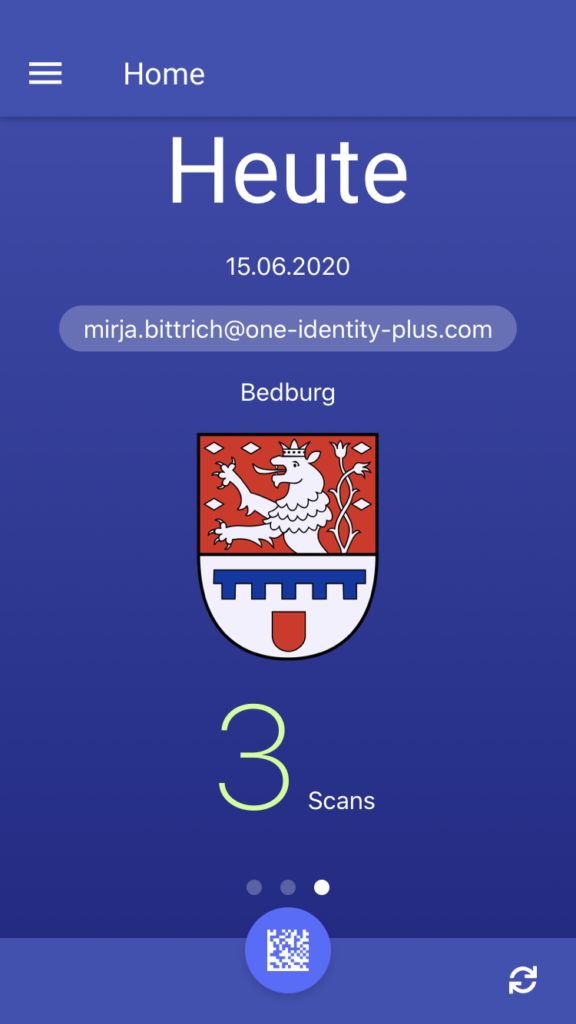 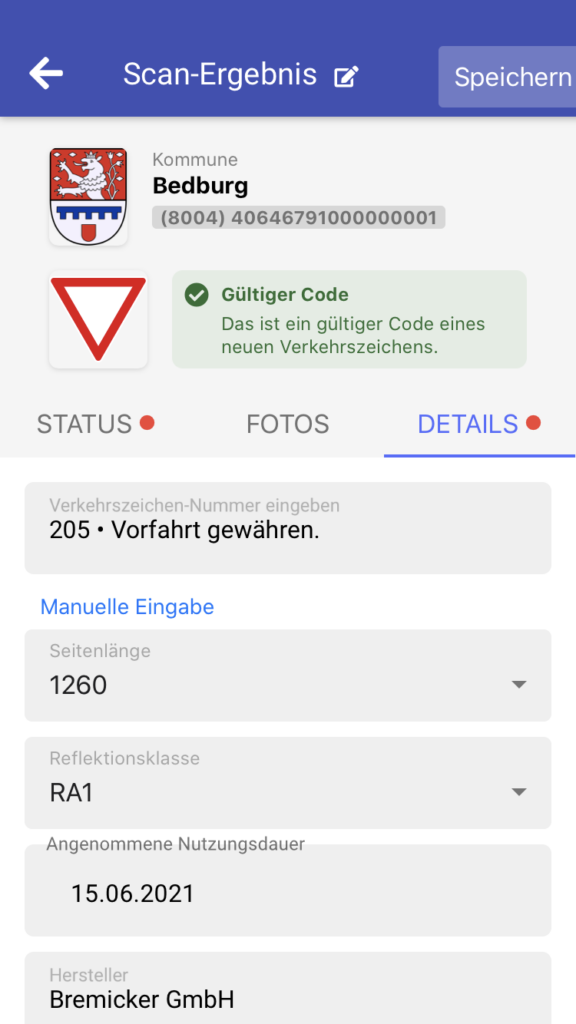