MANN+HUMMEL, based in Ludwigsburg, Germany, is one of the world’s leading filter manufacturers. To strengthen its presence in China, the global player revised its online strategy in 2017. By seamlessly integrating the Order Manager in the TecDoc Catalogue web shop for efficient e-business, the filter expert was able to considerably improve its sales potential in one of the world’s most important automotive aftermarkets.

The MANN+HUMMEL group of companies develops solutions for cars, industrial applications, clean air in interior spaces and the sustainable use of water. The core competence of the company is the filtration of pollutants and micro-particulates of all kinds from air, water, oil and fuels. The Ludwigsburg-based company primarily sells filters for the automotive sector. Since the 1990s, the family-owned company has strongly focused on the global market and established numerous subsidiaries. The goals of internationalisation were not only to reduce production and logistics costs but also to get closer to customers. With the group strategy “Leadership in Filtration”, initiated in 2009, the key elements emerged: quality and innovation leadership, global customer-oriented service and continued growth by acquiring filtration companies.

An important market for a company with a sustainable portfolio is China – due to the air pollution caused by road traffic and air purification in interior spaces. In order to have long-term success in China, a company needs a customized portfolio and a strong market presence. A clearly-structured online store that users can navigate intuitively is a must.

In the Far East, the market behaves differently than in other regions. In addition, China and Singapore do not have growing structures of major customers in the B2B sector; i.e. companies that regularly process normal orders every week. Each provider is examined and its offers compared, preferably using its online portal. Those who do not provide access quickly fall through the cracks. “This is why the browser functionality of our web store was so important to us,” explains Eberhard Lieb, IT Project Coordinator at MANN+HUMMEL. The filter expert found its solution at TecAlliance, which offers its web store based on the TecDoc Catalogue to meet these requirements. The customer benefits from integration of Order Manager, the multi-functional solution that provides optimal support during the entire order-to-invoice process. MANN+HUMMEL opted for integration into their existing e-business with the API web service.

After a location-specific evaluation of the application of Order Manager in the Asia-Pacific region, the advantages of the solution were clear to MANN+HUMMEL. Via an intuitive user interface, Order Manager provides access to all TecAlliance process modules for the supply chain. One of its features is the public shopping cart, which different wholesaler employees can use to prepare a collective order. Dropbox can also be connected to Order Manager; this way orders can be exported from the ERP system and conveniently input through a single interface. In addition, the Collaborative Managed Data module (CMD) enables immediate access at any time to current price and article information.

“Shortcuts” on the internet

Before the solution could even be rolled out, MANN+HUMMEL were faced with another hurdle: the Chinese firewall. Far more effective than its stone counterpart, the digital firewall prevents any infiltration into the Chinese internet – at least for parties without official approval from the authorities. “This required expertise and a good network of contacts,” explains Eberhard Lieb. “We were glad that we had native speakers and cumulative experience on our side.” At TecAlliance, this support is part of the product. “When a customer decides in favour of a solution, we do everything necessary so that it can be implemented as quickly as possible,” says Josef Fischer, Sales Manager DACH at TecAlliance.

This includes finding legally sound “shortcuts” through the internet. Normally, there are at least two IXPs (internet exchange points) between Germany and China, which can have a direct impact on performance. Any detour can lead to performance loss. With help from the external service provider Akamai, TecAlliance found a way to connect the German IXP directly to the Chinese IXP. “TecAlliance provided us with optimal support,” says Eberhard Lieb. “We were able to implement the rollout very quickly and begin the test phase.” This began in mid-2015 in China and a half year later in Singapore. While MANN+HUMMEL Singapore practically waved through the first version and went live after eight weeks, China sent a list of change requests. “Without a doubt, the biggest problem was the language,” says Eberhard Lieb. “For the Chinese market, it is important that all inquiries are answered in Chinese. Responses in English from our ERP, which is based on SAP, worked in Singapore but did not promise success in China.”

Therefore, adapting the language was at the top of TecAlliance’s to-do list. This also included performance improvements, an expanded price display, a simplified upload function for CSV files and the display of gross instead of net prices. These requests were easy to resolve but not via Skype or telephone. TecAlliance scored points by bringing its team on site. They personally went through MANN+HUMMEL’s list of requests with the Chinese staff point by point, necessary in order to avoid misunderstandings and delays in going live.

The MANN+HUMMEL customers in Asia can now log in to the online portal of Order Manager and place orders. A CSV file can be read in from the ERP so that a user with a connected Dropbox cloud account can automatically download journal entries and save them for an indefinite period. He can then upload an order file with the individual order items and a format description file (Ordertransfer.ifd) for an automated ordering process. In the online dialogue, the purchaser can send a parts availability request electronically and immediately initiate the replacement parts order. Standardised message formats are used for data transmission. The Order Manager app makes it easy to use an Android mobile device to fill the shopping cart from absolutely anywhere and transfer it to your account for subsequent processing.

Meanwhile, MANN+HUMMEL is live in China. “The solution has been well received by the customers.” Eberhard Lieb is satisfied. “The number of customers who use this online ordering function is constantly growing. There are already more than 120 Chinese companies connected. In Singapore, there are over 40.” The launch of the Order Manager online portal in Asia has been extremely successful. Even though the amount of work can vary greatly from market to market, it is worth accepting every challenge. “The thing we liked most during the project was the support from TecAlliance,” says Eberhard Lieb. “Personal consulting on site by native speakers who are experts in their fields is extremely valuable, especially for Western companies in China.” 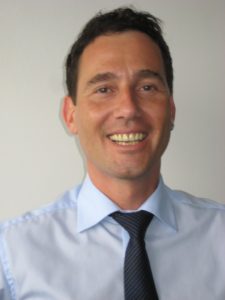